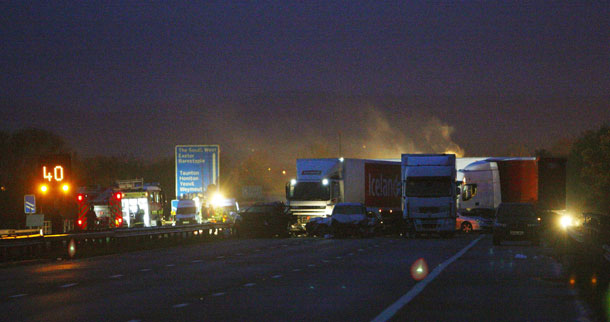 A major incident occurs when the type of incident and/or the number of casualties exceeds the ordinarily available resources and requires an extraordinary degree of input from the emergency services. Examples include multiple vehicle road traffic accidents, large rail incidents and terrorism attacks.

SAVES is involved in planning for this type of incident and holds joint exercises with the other emergency services. Several of the doctors have undergone specific training in the management of major incidents and are accredited as Medical Advisors who would work alongside Ambulance Commanders to manage the medical resources at the scene of a major incident and liaise with receiving hospitals.

Doctors from SAVES were involved in working with the Ambulance and other Emergency Services at the catastrophic M5 collision and fire on the M5 near Taunton on 4 November 2011 when 7 people died and 51 casualties were treated and transferred from the scene to local hospitals.

Copyright © 2022 SAVES, reproduction of copy and images is not permitted without prior permission.